Skip to content
Contents show
Are MIPS Helmets Worth It?
What Is MIPS?
Safety Standards
MIPS Concept to Creation
Independent Research on MIPS Helmets
Popularity of MIPS Helmets
Potential Disadvantages of MIPS
Conclusion

You’re likely looking at a MIPS helmet if it’s got the little yellow dot on the back and a yellow layer inside the helmet.

These special helmets have become very popular in recent years.

But are MIPS helmets worth it?

This article will help you understand the pros and cons of MIPS helmets, so you can decide if it’s worth investing in one.

Are MIPS Helmets Worth It?

MIPS helmets might be worth it for the added protection if you’re willing to spend an extra 10 to 25 per cent on a helmet. Reviews from early adopters have been mixed as to whether the new brain protection technology really increases safety. Tests to determine the effectiveness of MIPS helmets have been conducted by third-party investigators, and while the results look promising, the helmets still come with a fair bit of controversy.

A MIPS helmet can be easily identified by the thin, often yellow low friction layer built into the interior of the helmet called a slip plane. On impact, the slip plane technology allows for 10-15 mm of movement that acts to redirect the force of a fall.

In theory, this slip plane technology mimics the rotation of the brain’s cerebrospinal fluid, which is your body’s natural brain protection system against oblique impacts.

The Consumer Products Safety Commission (CPSC) is the organization responsible for helmet safety certification in the U.S.

MIPS is not an official safety standard in and of itself. MIPS is simply considered an add-on feature for a regular helmet.

A non-MIPS helmet is designed to protect you from straight-on impact, also known as radial impact. Such helmets are tested by being dropped vertically. But when you take a tumble, you’re far more likely to suffer angled impacts. So why not design a helmet better suited to protect people from the more common falls they experience? This is the thinking behind the invention of MIPS.

Hans van Holst, a Swedish neurosurgeon, noticed a high volume of patients with a brain injury after suffering serious crashes, despite people wearing helmets. In 1996, he set out to determine why the standard helmets were not properly protecting the victims.

At the Royal Institute of Technology in Stockholm, van Holst teamed up with engineer Peter Halldin and together they researched contributing factors to the ineffective helmet issue.

The two discovered that when you land on an angle, the point of contact acts to absorb the force, causing neck strain, head injury and, in severe cases, brain damage.

They began testing their helmets for protection against rotational forces instead of vertical drops. After nearly a decade of development, MIPS debuted in equestrian helmets in 2007 and was introduced to the cycling world in 2010.

Due to legal reasons, MIPS can only claim that their technology better handles rotational impact by at least 10 per cent. Through extensive tests they’ve found it is closer to 60 per cent. They won’t tell us which helmets have more promising test results, in case someone gets in a severe accident wearing those helmets and decides to sue.

Originally MIPS had plans to develop their own helmets, but they’ve maintained their status as an ingredient brand that sells its technology to exciting and leading helmet brands. The helmet brands are responsible for testing and producing standard helmets that meet recommended safety standards. Only once they are certified can they be equipped with the MIPS system.

Standard practice is that once a new helmet design has passed current standards for safety, the helmet brand will send the design file to CAD (computer-aided design) engineers at MIPS, who then create a CAD film for the low friction layer that will fit into the new helmet.

The Bicycle Helmet Safety Institute (BHSI) has long been somewhat skeptical about the advantages of MIPS technology. The main issue involves the MIPS testing methods.

MIPS uses an unrestrained moving headform with no neck that is dropped on a 45-degree slanted anvil. CPSC, on the other hand, uses a figure with a neck dropped vertically. Most consumers are unaware of the various testing methods, which adds to the confusion.

Virginia Tech is a leader in testing helmets and has conducted the most extensive and widely cited study on the performance of 100 helmets, both with and without MIPS. Tests were conducted using an impact drop tower, and the helmets were assessed on 12 different impact conditions, including six locations of impact at two different velocities.

Virginia Tech uses a STAR grading system developed through multiple studies carried out by the non-profit organization Insurance Institute for Highway Safety. When ranked, MIPS helmets took the top six spots. Alternative systems for reducing force at an angle helped MIPS fill out the top 23 places. Published in 2018, this is the largest most recent independent study on helmet safety.

MIPS has grown in popularity, with 121 helmet brands using MIPS in 500+ models, accounting for well over 5 million helmets on the road.

So why all the controversy around MIPS?

In addition to BHSI being critical of the system, the MIPS company was the sole entity to conduct tests on the technology during the early years. Consumers questioned how reliable the information could be when it was coming from the very company trying to sell the product. With independent testing, this perception is starting to shift.

The popularity of MIPS is largely due to the early support from Bicycling Magazine, who threw their weight behind the helmet technology in 2013 and continue to do so. Largely seen as regurgitating the claims of the company, this marketing force gave the product momentum, so most consumers don’t consider it an unbiased source.

Typically, a MIPS-equipped helmet is about 10 to 25 per cent more expensive than its base model, or about $15 to $25 more. If you’re already spending $60-$100 on a good quality helmet, does the additional fee for extra safety features make a difference? I’d personally rather have the peace of mind knowing that I’ve done everything I can to protect myself. Or as my colleague said, it’s better to have the extra protection and not need it, than to need it and not have it.

A weak argument against MIPS is that the added interior low-friction layer interferes with the helmet’s ventilation. But the inner layer is customizable and is unique to each helmet. In other words, MIPS is designed specifically to fit the respective helmet models. If you’re concerned about ventilation, do some research and find the most breathable MIPS helmet. Like with most things, there is variation.

Finally, some people complain that, due to the yellow liners, the helmets have a smaller fit. But this also comes with variation. You’ve got hundreds of cycling helmets to pick from. You’ll almost certainly find one that fits your head comfortably. Check out our post about the best bike helmets for people with big heads, which includes MIPS helmets. We also included some MIPS helmets in our list of 11 stylish bike helmets that won’t make you look stupid.

I’ve personally tried on several MIPS helmets (mainly made by Giro) and I’ve found them to be the most comfortable and well-fitted helmets I’ve ever worn.

The Giro Caden is an example of a popular MIPS helmet: 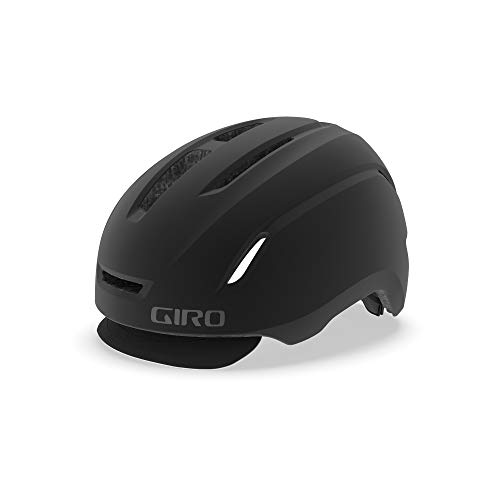 Will a MIPS helmet save your life? I hope you’re never in a bicycle accident where you have to find out. But the extra $25 might be worth it for a lot of bike riders.

You may want to consider a MIPS helmet when it’s time to replace your current bicycle helmet.

I agree with my colleague: I’d rather have the extra safety features than not.

Morgan is a seasoned cyclist, but prefers the summer. Ever in search of the latest gear to help ride with ease and in style. Morgan enjoys the DIY approach to bike maintenance and is keen to share helpful finds with readers.